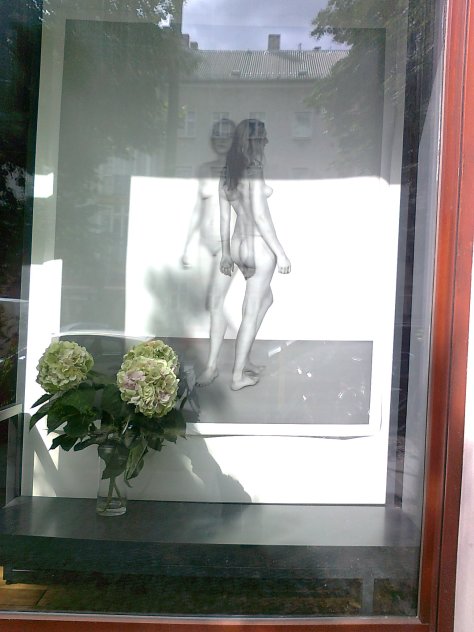 Miriam with the curly blonde hair that when you looked closer was full of white and gray. Her point being that everyone knew she had two college-age offspring from a previous marriage. Who would she be fooling with a dye job? Robert didn’t want to seem timid or dull in Miriam Wallace’s eyes. Robert had first met Miriam during the Christmas season after his twenty-second birthday, the Christmas he flew back to Philly from Chicago to tell his parents he wouldn’t be going to graduate school. Turbulence on the flight had strengthened his resolve. Turbulence and his rotten stomach. His bachelors degree would have to be enough. He’d told his father that he needed time to consider his options and his mother, from the next room, the kitchen, had shouted, ‘Your options to fail?’

They drove, not slowly, the twelve blocks from Wayne Avenue to the Wallace house in Mount Airy on streets so icy and some so steep that Robert had a hopeful premonition that they would all die silent and angry in a grisly wreck. His mother angry at his father for his father’s laissez-faire attitude to discipline as Robert was growing up; his father angry at his mother for attaching so much weight to the opinions and judgments of outsiders; Robert angry at both of them for his existence and, more pressingly, the churning guts courtesy of the evening’s outcome. Robert’s mother’s technique of what his father called ‘analytical sarcasm’ was devastating and had left Robert longing for the corrective violence of a bowel-puncturing crash. The fatal relief of it. They drove by five  illuminated black Santas in a row without comment.

Robert’s vision of an impact had been so vivid that it felt like a dream of the afterlife when they all found themselves on the Wallace’s dark front porch fifteen minutes later, kicking clots of snow off their heels as if they meant to demolish the building. Miriam Wallace answered the door in a ball gown with that bemused look of hers. She didn’t know Dot or Alan terribly well and Robert seemed new to her, though it’s possible that she’d petted him once at a bar-b-cue when he was child.

‘Vampirella,’ said Robert’s mother under her breath as they followed Miriam into the living room. Miriam Wallace was tall, leathery, svelte. She had boyishly short curly blonde hair and definition in her biceps and an ass in the shiny dark material of her low-cut backless gown like a wet plum.

Forty minutes prior to their arrival at the Christmas party, right before Robert’s confession that he was ditching the notion of grad school altogether, Robert’s father had confessed, with Chablis breath, that he and Robert’s mother had been ‘fairly dedicated swingers’ in the ‘70s. And that Victor Wallace had been among the discreet circle of friends who had taken their Updike too seriously. Nineteen seventy four. His father said further that Victor, an architect, had fellated him and that the man sported a goatee in those days that looked like an Irish au pair’s fussy pussy. The women seemed to have been more interested in seeing Alan’s cock in Victor’s mouth than in each other and weeks later Robert’s mother was still making his father wash his penis with Phisohex before relations. Robert’s father said Victor had coughed the semen out into his cupped hands with his back to everyone, and then he handed Robert a glass of Chablis and said, winking, ‘This isn’t freaking you out, son, is it?’ Beaming.

‘No dad. It’s just that I have something I need to tell you.’

The swinging had lasted no longer than the whole country’s appetite for Scrabble and fondue. When Victor’s first wife Marnie, who was such a ‘cutie’ that Robert’s father had endured Victor’s ‘finicky’ blow job just to ‘get at her,’ died of breast cancer, the two families of former swingers used the funeral as a watershed; an excuse to wipe the slate clean. The surviving adults behaved as though the swinging had never happened. As though Victor had never tasted Alan’s semen or that Marnie and Dot had never awkwardly petted and kissed or had intercourse on numerous occasions with each other’s husband while the others watched and sometimes photographed it. They only socialized still at all because pointedly not to socialize would have been a tacit reminder of the unspoken.

There stood Robert’s family on the Wallace porch on Christmas Eve, alive and brooding. Miriam Wallace had paid no particular attention to Robert at her Christmas party for the first hour or so after he’d arrived. As Robert put it, in her arms in a rented bed a year later, it seemed as though it was an idea that ‘kinda sorta creeped up’ on her. Miriam said no, it wasn’t that. She’d had a lot on her mind that night. Her husband Victor, also responding to whatever nostalgia trigger a combination of mulled wine, Christmas, and the anticipatory angst of seeing old friends after a gap of years can create, had bragged to her about the swinging, too. With the notable twist that in his version of the confession, Victor hadn’t been the one coughing the semen out. Though Miriam stopped short of adding this detail when the topic came up. Let the boy keep his illusions. There is no kinder sentiment.

They were three assignations into the intermittent affair and spring had arrived in the form of green lawns appearing through block-long scabs of slush. More dangerous driving conditions; a self-conscious, rhythmless slow dance behind the drawn curtains of the motel window. Afterwards, Miriam, up on one elbow in bed, tracing random arabesques on Robert’s hairless chest with the finger of a much younger woman, told him, ‘You can’t imagine how jealous I was. It was bad enough that pictures of Marnie were still up all over the house, fifteen years after she’d died. Some of her clothes were still in the guest room closet, for god’s sake.’

She said, ‘Then I have to find out that Victor fucked Dot and Alan and this experience he shared with his dead wife the titless saint? Give me a break.’

As Miriam described it, Victor, clutching a wineglass with one hand and tugging the waist of his wife’s gown with the other, had pulled her into his study while friends and a token neighbor or two were singing along teary-eyed to a scratchy Joni Mitchell album in the living room.The scratches and skips on the record are the sound of our wrinkles, Miriam remembered thinking. That’s when Victor made the confession, producing a manila envelope of faded Polaroids from the back of a locked desk drawer for proof.

‘He was so proud of himself I wanted to slap him.’

The sun was setting in the curtains. Miriam and Robert had known each other for over a year. It struck Robert as his eyes darted from Miriam’s heaped clothing on the chair nearest the bed… to her fur-trimmed coat on the door… to that Panzer-like purse on top of the television and the lipsticked water glass beside it… that she had made the room her own. That is, although Robert had chosen the motel himself and made the reservation and would soon pay for the room with tip money it felt like they were trysting in Miriam’s boudoir. He felt bound by the rules of decorum imposed by being her guest. He couldn’t just get up and switch on a light, for example, or take a piss without asking. The mere thought of voiding his bowels in the motel toilet… her motel toilet… was beyond the pale.

He wondered if this was something she was good at, taking over a space, and was it just her or tall, attractive, adulterous wives in general. And yet, he reflected: ironically, she is the guest of her husband’s dead first wife in her own home. Miriam squeezed the hollows in Robert’s cheeks together in a way uncannily like his mother had done when he was a boy and she was a happier, more playful person and said, ‘You better not be thinking this is anything like a scene from The Graduate, buster.’

‘The Graduate. You better not…’

‘The film. Dustin Hoffman! You…’

Miriam said nothing for a long time during which Robert could actually hear his Swatch watch ticking on the counter beside the sink in the bathroom. He thought: there are people who could pass gas in front of an attractive woman and laugh it off with a joke and people who’d rather hold it in for hours of discomfort and I am of the latter group. Although I admire the former. Life must be so much easier for them. He stole a glance at Miriam whose hands were covering her face. He came to understand that she was crying. He tried to imagine what the rest of his life would feel like if he let one fly beside Miriam under these circumstances. Hot and hissing and green like absinthe…the poltergeist of a rotten egg. His actual insides, exposed to the open room and her judgement.

He pulled her hands away from her face and he flinched: she wasn’t crying, she was laughing with mirthless glee like a deaf child torturing a cat. She rolled off the bed and fetched her purse and got her cigarettes and lit a Kretek and sat with her back to him. She puffed like it was a thinking tool or a method of divination.

She turned to squint and said ‘Okay, the problem is this.’ More puffing. ‘An older married woman having relations with the young son of her husband’s friends, there’s plenty to hide. But in our case, ja? My husband encourages this. He asks for details afterwards. We’re just doing it in this motel room to give us the illusion that we’re indulging in an illicit thrill.’ Puff.

She turned her back to him again and blew out an empty blue thought-balloon of smoke.

“I don’t want to argue with Steven Augustine about reality, because that is a wilderness of mirrors…” -James Wood 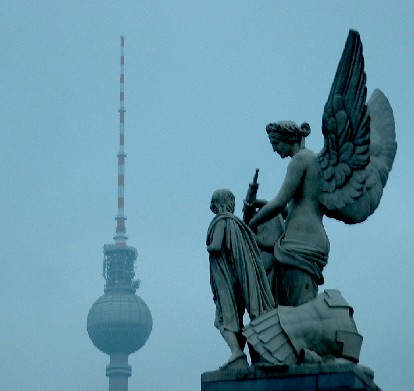